The Power of Third Person Point of View

Point of view is the perspective from which a story is told, and one common perspective used in writing is the third person point of view. It can be tricky to understand point of view because there are 3 different types, and novels don’t just come out and tell you what type of point of view they’re written in. Point of view requires using inferential reading skills.

Some writers use more than one type of perspective in their novels, as well. If you’ve ever read A Series Of Unfortunate Events by Lemony Snicket, then you know how confusing it becomes when he switches between first and third person!

Three Types of Point of View

There are three different types of point of view a writer can use which directly influence writing style.

First person point of view tells the story from the perspective of the narrator. The narrator is a character in the story and participates in the action.

Example: “I woke up to my mother yelling my name from downstairs. That’s when I realized I’d overslept. My project was due in 30 minutes. I was toast.”

Example: “You walk into the abandoned building and hear the faint sound of footsteps. You turn the corner and discover you’re not alone.”

Example: “Sarah couldn’t believe her luck! She’d never won anything in her life and now she was suddenly a millionaire.”

In the third-person limited point of view, the narrator tells us what the characters are thinking and feeling, but we don’t see inside the character’s head. This means that even though we may be told one character is angry, for example, we won’t actually see them getting angry. Instead, all of our information about how they feel comes from what other characters (including an omniscient narrator) say about them.

Limited is a more intimate point of view than either first- or third-person objective because it allows readers to get into the minds of characters without being able to hear their thoughts themselves or share in their experiences directly. It also has the ability to give more insight into characters’ emotions and motivations than an objective narrator could provide—but at a cost: limited narration does not allow us access to all events in a story as they happen.

Limited narration can also mean that some details become unclear when compared with other points of view.

Third-person omniscient point of view is the most common and allows the narrator to tell you what a character is thinking and feeling, as well as give you outside information about the other characters. It’s like having an all-knowing friend who can tell you anything about what’s going on inside his or her head (which honestly when you think about it is kind of scary…).

The narration can go into your character’s thoughts, feelings and opinions at any time during the story. The narrator might also tell you things that are going to happen later in the story (we know this as foreshadowing).

Why is third person in writing effective?

“In the deepest sea dwells a creature with no name. It’s not a fish, and it’s not a mammal. It has gills and scales and fins, but also lungs and hair. It sings through its bones when it feels lonely.”

“Lightning flashed in the sky, followed by thunder that rumbled like an angry god’s belly growling for rain.”

👉 In this example of third person objective, the narrator offers no commentary on the events that transpired in the scene, only the facts.

“Something very painful was going on in Harry’s mind. As Hagrid’s story came to a close, he saw again the blinding flash of green light, more clearly than he had ever remembered it before…”

👉 Fellow Harry Potter fans, doesn’t this example just hit ya right in the feels? This is an example of third person limited. The narrator is not taking place in the scene and can objectively see what’s happening to Harry, and while the narrator can see a glimpse into some of how Harry is feeling based on his body language, the narrator doesn’t have the gift of seeing into Harry’s mind to know his thoughts and feelings.

Point of view is a powerful tool that can be used to add depth and complexity to a story. Helping your students understand the differences between the types of point of view will deepen their literary analysis skills and add a richness to their class discussions! 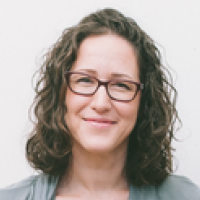 Strategies for Close Reading That Rock
Next Post: Improve Your Transition Words In An Essay Skills